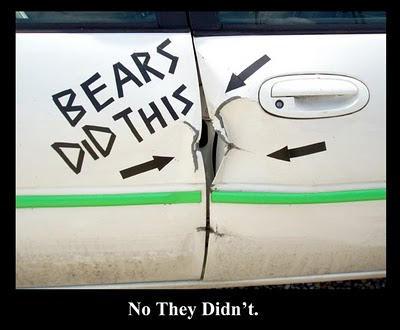 Sorry for the delay since our last 'Behind the Scenes' - yes, we're still alive. Rumors of our death, and of Prelude postings being performed by automated Cartoon Drones (TM), have been highly exaggerated. (Although if you know where I can find any of those Drones, drop me a line.)
Things in life, like cars, and friends, have been exploding lately, and that can be distracting. Not the cool ball-o-flame movie explosions, but the "Oh, this car isn't moving anymore" kind. Well, it was inevitable - we'd just put the finishing touches on our custom duct-tape decals. 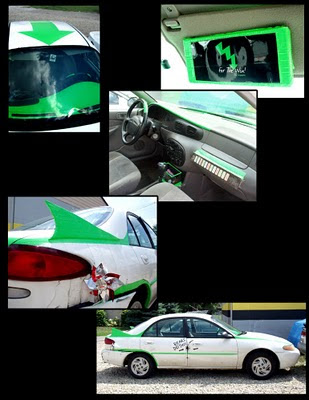 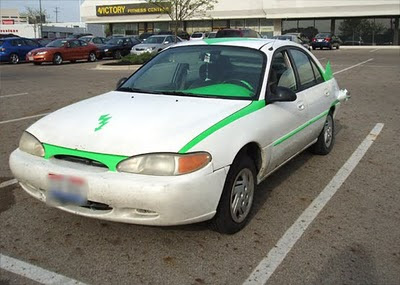 The style was such an affront to all that is holy and good that I suppose divine vengeance was unavoidable. Oh - the extra panel of buttons on the dashboard were, of course, birdcalls. To think they didn't come standard. We had to install the mini disco-light too. Here's one final salute to our little car, on which someone wrote in majestically irremovable material "Your Car Is Win!," and which improbably got us to and from many a convention. Here's to you, car.
But on to more mobile things! Despite our lack of postings, we've still been moving forward on V3 work - in fact, if we're not posting, it usually means we're that much more absorbed in our coloring. Pages and scenes are continuing to come together:
The lighting setup in our nightclub scene has been especially challenging and fun! It's always a good day when I'm debating how many laser-effects to include in an image. Though there are still some tweaks to make, the strip club scene is nearly complete. 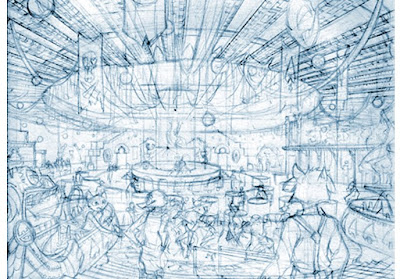 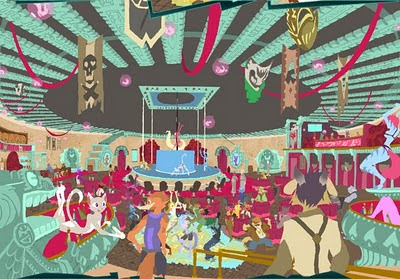 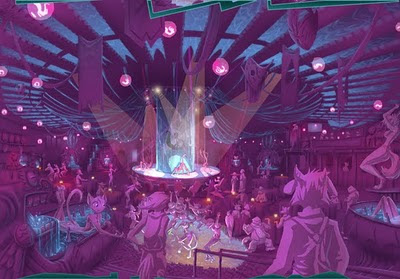 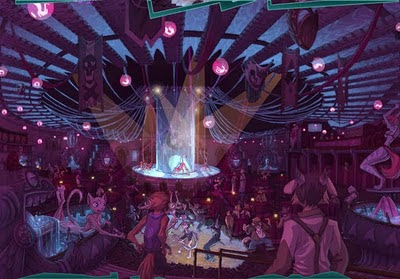 Now that conventions are cleared out and real-life imploding fun-time is over, I'm hoping to really move on the remaining pencils in Chapter 7. If I work fast enough, maybe I could have all the pages drawn sometime in September. That might be a bit ambitious, but we'll see! Updates should be happening a little more on schedule here in the meantime. 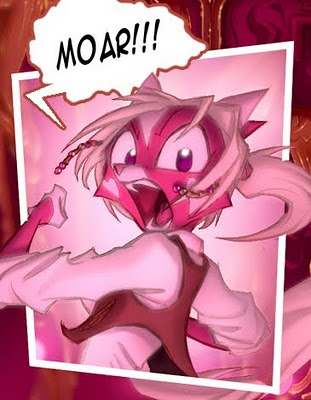 Dammit Indi, have some patience! We're only human - okay, fine. Have some "moar" - a random square of snakes. That's what pushiness gets you - this. You're welcome. 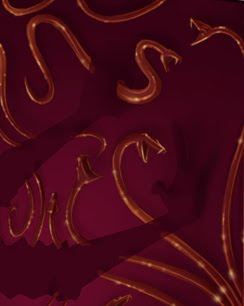